I'm not quite new to this website, because I have a french bimbo, which pseudo is Frosette ^^

I'm here because I was interested into creating another "doll" to customize, and to read and discuss in english ^^

Link to external image
My english isn't perfect, don't hesitate to correct my mistakes. However I met english speakers who were really snobby and I don't like this. I mean, if you were trying to speak french and made mistakes because it's not your mothertongue I would not be disdainful with you...I would encourage you instead. ^^'
For those who wonder what a "scaphandre" is, it is one of the first diving suit, created by some french engineers in the nineteenth century : 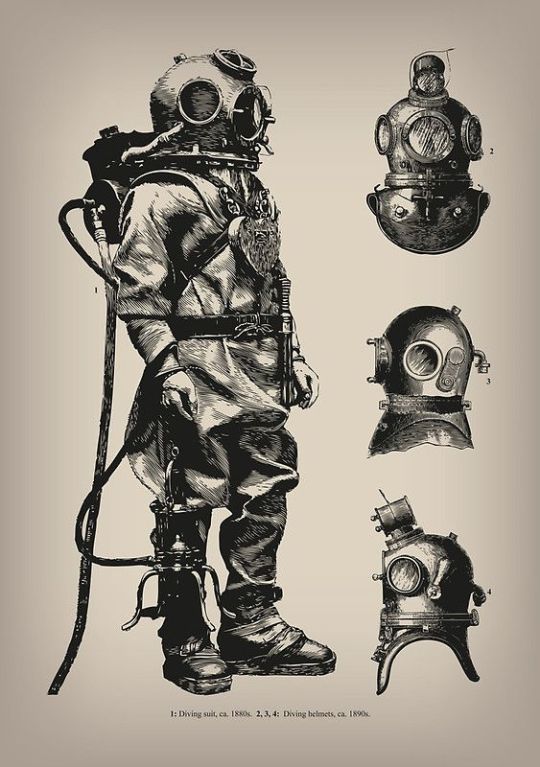 I choose this pseudo because I am currently reading Jules Verne's "Vingt mille lieues sous les mers" (Twenty miles under the sea) and I like a lot the sea, it inspires me.
I am particulary fond of jellyfishes (but I know, they are parasites in the sea and causing a lot of damages :'c )

I like the wildlife a lot in general, which is why I'm vegetalian trying to become vegan ^_^
Otherwise I am a french litterature student, and also in gender studies (my master's degree is basically a mix between gender studies and litterature). I am fortunately fond of my studies.
I like theater a lot, I went to a french "mise en scène" (stage setting) of Richard III recently.

However I do like gaming and mangas a lot, for instance Puella madoka magica, Berserk (yep I find amusing to draw a parallel between these two lol) and Dragon age origins.

(I'm almost as afraid of Kyubei as of the "Eclipse" lol)

Then I also like series such as "In the flesh" (which is not well known), "Degrassi next class", "Real humans", "Jessica Jones" and others. I am really curious so don't hesitate to share what you like with me.

I defend LGBT community rights and transgender people, and I also am a feminist (from the light side of the force though).
Don't hesitate to message me if you're curious to speak with me or if you wish to improve your french

Maybe I could start a war : but I prefer Ghibli than Disney. Don't hate me for saying this plz ;p

Hi, Scaphandre ♥! Welcome to the site.

I loved your introduction! It was fantastic. The pictures and the information were wonderful. Your English was fine, no worries. I'm sure that you'll find many things to talk about here. There are several topics that fit your interests.

Please make sure that whenever you use non-English, that the English translation accompanies it. Here are the rest of the forum rules:
Game and Forum Rules and Organisation

There are tons of things to do in the game and on the forum! Be sure to check the ChitChats, Games, Creative Arts, and Contest sections! I'm sure you'll have fun and make friends in no time. I look forward to seeing you around the forum!